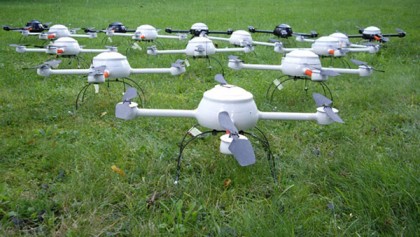 The drones made by Northrop Grumman were to be equipped with special signal interception devices and re-named Euro Hawk.

One experimental drone already purchased will continue to be used for testing purposes.

A government official said Tuesday the decision not to buy four more drones was taken after it became clear that getting the required authorization to fly them over European airspace would be too costly. The official spoke on condition of anonymity because he wasn’t authorized to speak publicly ahead of a meeting Wednesday of Parliament’s defense committee.

The official put the cost to the government of canceling the program at about 250 million euros.

Copyright 2013 The Associated Press. All rights reserved. This material may not be published, broadcast, rewritten or redistributed.