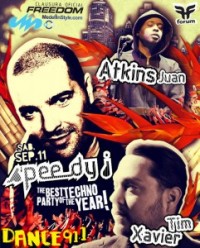 He tocado
music has been in my life since i can remember. i played with tape decks and turntables since the 80’s, and i have always had a preference for electronic sounds, and alien sounding music. stuff that, by the sound of it can carry you away in an abstract way. to me music has never been about the lyrics or perfection of musical performance, but always about atmosphere and mood. so when i first came in contact with house and acid in the late 80’s i was immediately captured by it’s other worldly qualities and i wanted to make my own version of it. hearing acid in a club for the first time changed my life. simple repetitive music with al lot of dynamics and tension, played really loud on a big system, a very physical experience. to me that’s what techno today is still about.

2- Whats the biggest difference between making music from analog machines and software?

software let’s you tune into stuff on a micro level, and let’s you get really detailed and precise. working with analogue gear is more instant, and depends more on discovery. in terms of sound they both have their strengths and weaknesses. i like the combination and contrast when using both in one track.

3- How much from your set is live and how much not? we know for sure is very variable, but you should have some patterns or preferences at the time of a set?

my set is hybrid, a combination between live and dj-ing. i use tracks, loops, fx, and i improvise with all these elements. the computers keep everything in sync but the arrangements are all live, and improvised. sometimes i let a track lead the way but most of the time there are 4 to 10 layers of things going on and looping which i manipulate to create my sound.

4- Is hard to understand, how big techno was at the end of 90ties, the phenomenom was full covered of all media, as a new and futurist art expression and form. Now, the media, covers only who pays for, how and what this attitude had changed the visions and realities about electronic music in people´s mind?

things constantly shift in and out of fashion. “the media” have no influence on what music i make or enjoy. 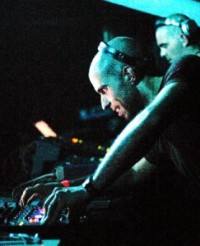 5- Thinking in the development and evolution of the music. Nowadays the enviroment can be controlled only for a few people, dont you think this is a hard enviroment for new artists and figures to have a voice? can you tell us (to the people that doesnt know) what tools and platforms do you have to help and push young ideas to survive?

i think what you describe used to be true in the past decades, but now is a lot less so. making and distributing music has never been easier for everyone who wants to have a go at it. technology is becoming increasingly cheap and it has been empowering more and more people to become creators. it has resulted in a lot of crap but it has also exposed a lot of amazing talent. if something is noticeable it will eventually surface.

6- What can you tell us about parts, do you think it will be a good bussiness for the industry?

parts are a result of using dj software in a more interesting way. when you can play anything cause you don’t have to press it on vinyl or cd first you can basically use any sound or part of a track or recording as part of a set. it’s more fun to improvise with sounds that leave room for interpretation and manipulation, the result will always be different, much like playing (real) live sets. it makes every set a different experience.

7- Umfeld is an astronomic work of graphic design and music, we need more rich-visual things like this! how has been the approach into graphic design in your life, and how did you ¨conclude¨ it in a master piece of digital-art like Umfeld in 2007! a-ma-zing!!!

i have always been interested in the combination of sound and visuals. umfeld started out as an audio experiment in surround sound. in an early stage i wanted to see how the sound would work in combination with visuals, so i asked scott pagano, who’s work i discovered on the net, and immediately became a fan of. so we worked together and just let our selves get lost in the possibilities. i thought it was strange that very few people who produce electronic music tried the 5.1 format, i still think there is a lot to be discovered in that that territory. the same is true for the combination of audio and visuals.

8- Almost 20 years of career in your back, you have travelled all around the planet… but it may be very satisfactorily to visit a place that you have never been, like Colombia, what have you heard about Medellin, what are your pre-feelings right now about OUR techno night

i can’t believe i have never made it to columbia before and i’m blown away by the anticipation! i’m really looking forward to playing medellin. i heard you guys like to party! 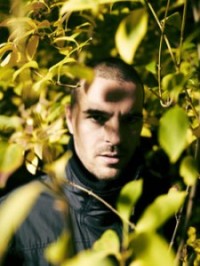 10- If you should describe underground today, then, what is underground?

i have no thoughts on the concept of “underground”

11- To end add a word in front of each concept: