MedellinStyle2Alexi: What is International Sound Laboratory? whats the proyect about?

Alexi: It’s the name of a pretty new label run by my very old friend Jesper Dahlback. He is, to me, one of the most talented producers I know.

MedellinStyle2Selway: How did you know Alexi and Tony and how when did you work with them the first time?
Selway: I met Alexi while I used to work at Satellite Records in the 90’s. I actually don’t even remember who introduced us at first or exactly when but we became friends and he joined in on a studio we set up in the basement of the shop. We did some tracks together for my CSM label as “East Side Scientific” and later at another studio we also produced a single for Jesper Dahlback’s DK label. We’ve stayed in touch and been friends ever since, sometimes having the good fortune to play the same club nights and parties. We’re definitely overdue for another collaboration! 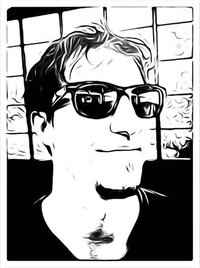 MedellinStyle2Tony: Now that everybody knows “techno-a-la-newyork-style”, what whats the extra value that you found in this last tagteam with Alexi?
Tony: Time. Between Alexi and I there are probably 35 years worth of music making experience. So when we have an idea it usually doesn’t take long for it to go from loops to an almost finished product.

MedellinStyle2Selway: Whats the biggest difference between American and European techno?
Selway: I very long time ago I used to say the Europeans were ahead in terms of production quality, but somehow Americans had a bit more soul and rawness musically. But that doesn’t apply anymore at all. Now the music is so global and everyone influences each other more than ever and also technology has equalized things. Great techno music comes from everywhere, any culture.

MedellinStyle2Tony: Your music sounds so different dancing in a club with everybody hands up at 4am, than listening and trying to make a review at office, should us bring a wifi and laptop to the club and write something there???
Tony: The great thing is… all the tracks on this EP have been test driven in Colomia a couple of times. The response has been great. People go crazy the way we had expected. Also what’s funny is that the people have actually “recognized” when Alexi and I play them in our sets. I guess people can tell it’s an Alexi Delano & Tony Rohr production before we even tell them! Which is amazing in my opinion.

MedellinStyle2Alexi: Do you think that you had a re encounter with the acid from early 90s to the techno, minimal of nowadays?
Alexi: Yes for sure. A few years a go I spend a lot of time listening to 90’s acid so I borrowed a Roland 303 (the acid machine) from a friend and decided to some how bring it back. It led to me starting my label AD Limited. Now I have stepped back from it to try to come up with something new and fresh.

MedellinStyle2Tony: Have you ever generated sounds to specific audiences? or at least worked thinking for a type of public/people?
Tony: Of course! Everytime I start a project I have my ideal audience in my head. What I think these people will go crazy hearing. I try to craft the hook and FX sounds first for the ‘feel’ of the song. Everything else is just dependent on tempos and percussion after that. It varies when you work with someone else, but usually in a GOOD way. It allows you to see this audience in your head together and how to drive them mental. Does that sound crazy?