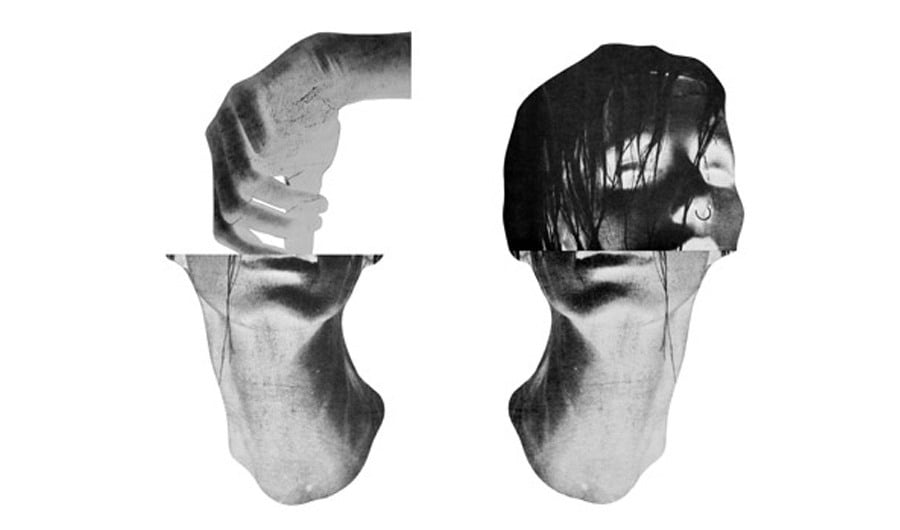 Shifted: Music or art without Soul it is nothing (Exclusive Interview FDM18)

Shifted is one of the best and one of the most talented of the latest modern Techno, his techniques are raw but well elaborated, with a post modern aesthetic that calls the most intrinsic soul of old school structures with a minimalistic and very precise texture of sound. His sets blend broken beats with hypnotic percussions that generate a whole new experience of groove. In a world where everything is invented, his label Avian has a strong and unique personality that does not oversell the formula and keeps challenging with in, always reinventing and getting out of the comfort zone. Here is his written message for the people. Enjoy it. 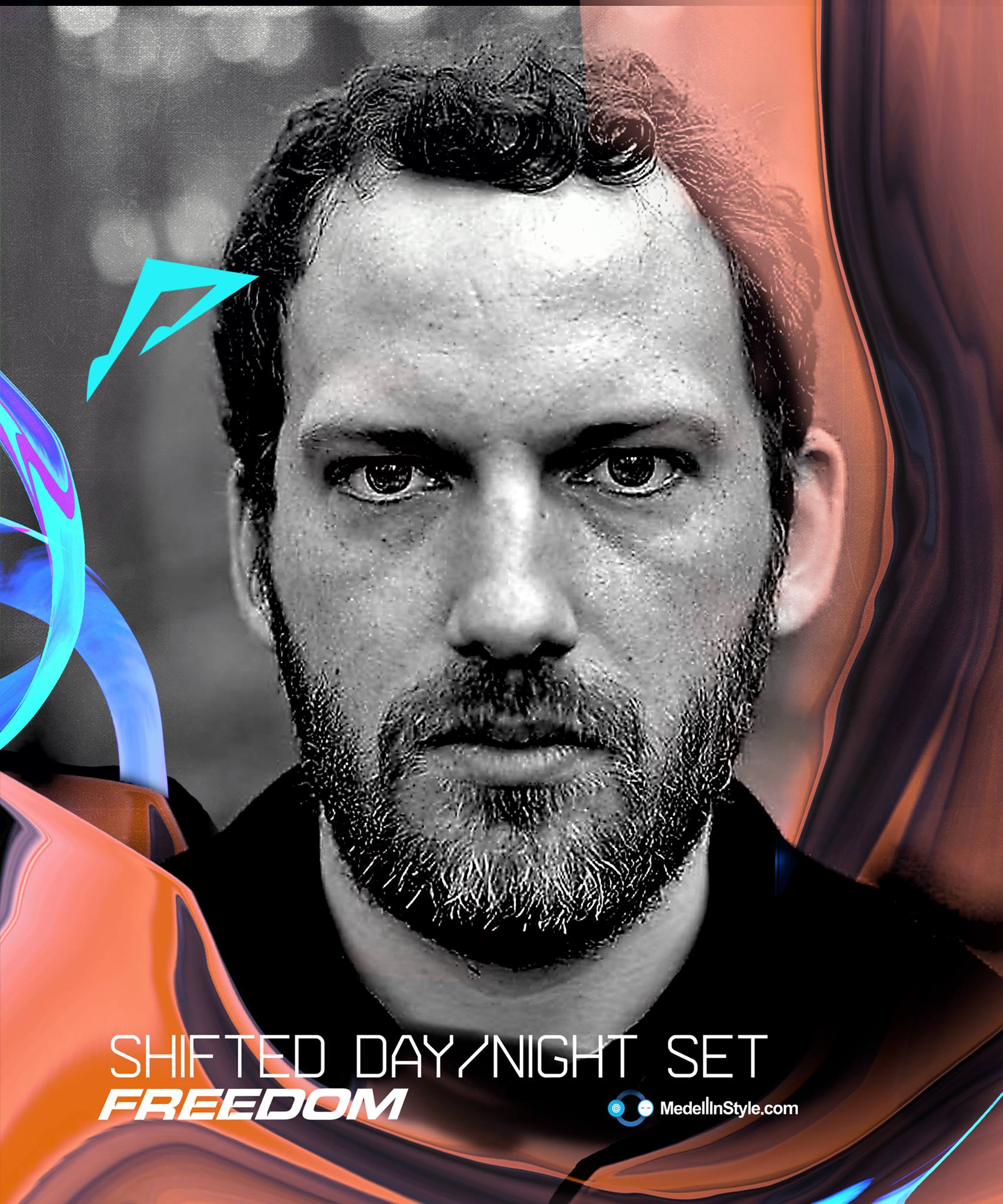 What are your personal definitions of what good music is, and which one is cheesy or bad ?

Now this is a pretty interesting question. It’s hard to answer because actually it’s always entirely subjective. What one person finds cheesy/bad another person can feel a real connection with. So I’ll answer this just based on my personal tastes. I grew up in the 80s & 90’s and I would say that my personal tastes are defined by everything that I was interested in while coming of age. Musically, a large part of my my identity comes from Drum & Bass. I was completely obsessed by producers like Photek, Optical, Matrix, Wax Doctor. These people really trained my ear as to what I considered to be exciting, groundbreaking, futuristic music. It’s pretty sad that a few years later most of these names would end up writing stuff that I considered to be horrifically cheesy, but I guess that’s the way it goes sometimes.

I like music that sucks you in through subtlety, not through big obvious drops or using tricks that are just guaranteed to make people dance. 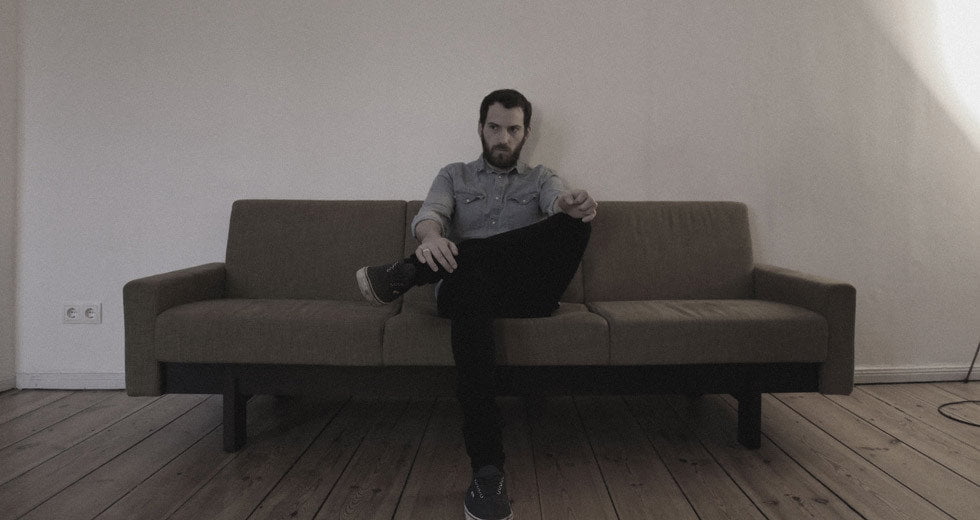 Being a reference in minimalistic concepts, you play very good with only a few elements in your tracks. How important is the dynamic of the mix when producing ? Any tips for the young Colombian producers ?

This is the hardest thing about writing music in my opinion. You are right to say I have very few elements in a track. There is always the temptation to keep adding more and more to keep things interesting. You have to resist this urge and instead look at what you have and think about how you can work within those confines. It’s about vibe, if you have the vibe right it can work for minutes and minutes without you ever having to add anything. My heroes in this approach are people like Regis, Surgeon, Basic Channel, Robert Hood or Mika Vainio. There is something intangible about their music, something beneath the surface that just breathes and keeps you interested. Perfecting this takes A LOT of patience. The vast majority of my time in the studio is spent just listening and listening, letting something loop sometimes for hours until I finally grasp what it is that can push it forward from a loop into a track.

Technology is becoming very extense, diverse and cheap sometimes. Tell us a little of how you choose your gear.

It’s totally down to how I personally work. I know the tricks that I use to get the maximum effect, and I know when I see a new bit of gear is released whether or not it’ll be something that suits my workflow. I quite often buy stuff and then realise that it’s not going to work for me. This is one of the reasons why (and I know it’s a typical answer) modular synthesis has become an important tool for me. You can pic and choose something very personal to your own approach. This has been quite revolutionary for many producers I think. But be warned, you can also spend a lot of money and end up doing absolutely nothing with it.

You constantly mutate from one to other musical genres. How do you manage the time of ¨the need of change¨ to be constant in the message of your music? Of course, everything is an organic path, but there should be some things that always fill the cup up.

Its just about what is inspiring for me at any one point. Some days I just want to hear drum machines, and I’m more concerned with groove than anything else. Other days I’ll just want too switch on one synthesiser and see what I can get from it. Different moods, emotions, equipment, inspiration will lead you down different paths, you just have to be open to following them.

Do you like to see your music as one spectrum of different palettes or simply creations of inspirations and momentums?

I would like to think that there is a line throughout all of it that makes it “me”. I work with different palettes based on what I want to achieve but I always want it to sound connected to everything else that I do. Also within each release this is important. Sometimes if I’m writing an EP I’ll finish one track then export parts or sample elements of it and then bend that into other tracks. that way you get a sense of sonic consistency, which is often hard to achieve.

Would you make a bad track for money ? or, Would you prefer to starve until your stomach is full again?

Actually I’m not the kind of producer who can sit down and say “I’m going to make a trance anthem today” I lack both the technical knowledge and musical ability to be able to bend myself like that. If I could… then MAYBE I’d do something secret. Then spend the money on new equipment to further my real goals :)

After travelling in quite a lot of sonic worlds of music, dnb, listening music like noise, ambient or techno and dance oriented beats in a very aesthetical way, but also with an identity that people really needs to connect. Have you tought to be more ¨open¨ to be more known in any way? or is abstraction your best decision you like to teach in others.

Once again, I just wouldn’t know how. What I do is what I do. All I want, and strive for is to see progression in what I do. I have absolutely no idea where I’ll end up in say 10 years. I just hope and pray things will mutate into something that I still find inspiring; to give me the drive to carry on.

So whats more productive at the end ? Confort zone or being out of confort zone?

I think that someone can make quite a nice career for themselves by repeating the same idea over and over again. A lot of people are quite content in this way. I think I’m too easily bored to do that, and while there are certain theme or vibes I often return to, it’s always in the hope that I’ll push it to somewhere new. Whether or not I actually achieve this is another matter, but yeah.. It’s the thought that counts. 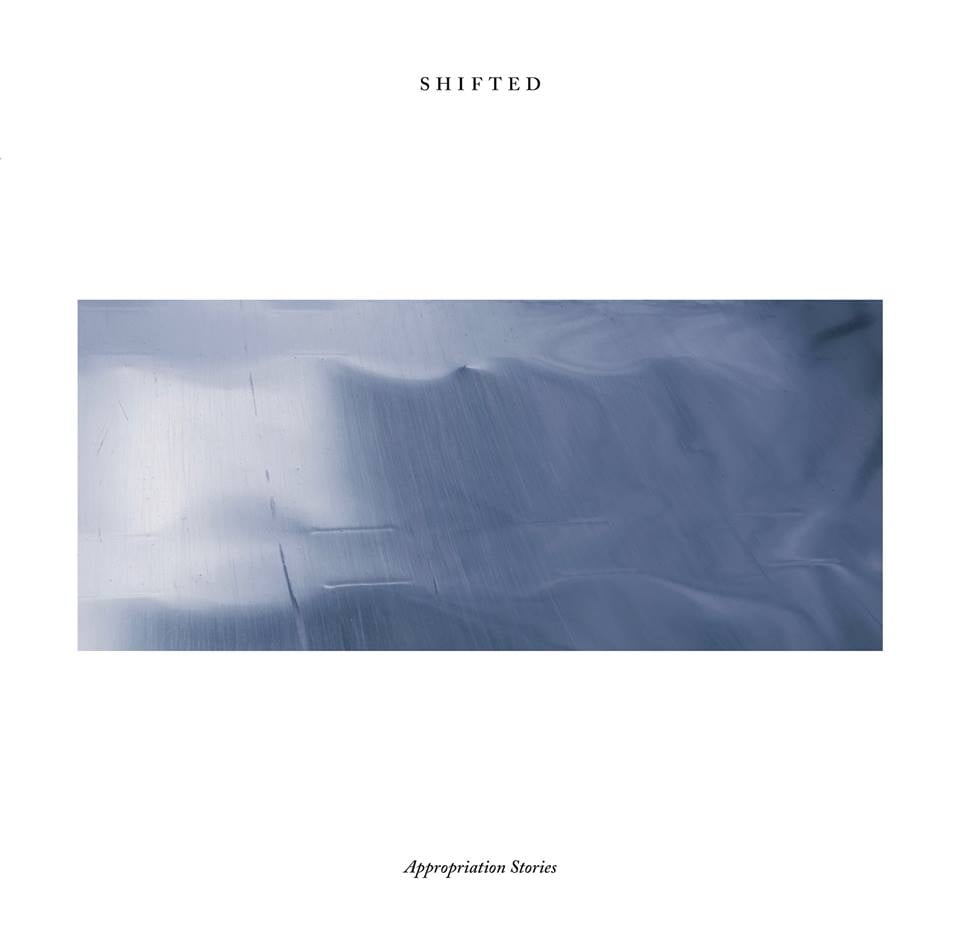 What was the idea behind Relay? Will we see something new in the future ?

Relay was an outlet to release music when I had too much other stuff around if I’m totally honest. I don’t like to release on many labels, and prefer to just stick to people I know and trust to put across my vision. Maybe if I finally get into this prolific state again (and believe me, I’m trying) then I’ll find the need to dig out Relay once again, I’m quite proud of those records, particularly the one I did for James Sigha’s OCS imprint. So maybe now that theres been 3/4 years since the last one, it would be nice to do another.

What raises your pulse when your are Djing, we remember last time in Medellin for a really intimate session, where even Burial fit in and for all the people who were there the night was something deep, mental and different. What can we spect in a set for a broader audience? even having friday earlier and saturday closing… Give us a sneak peek of what to spect in Freedom 2018! what you loved more of our city and country!

I’m really looking forward to both performances. Actually it’s very rare for me to be able to play stuff that’s completely out of my usual tempo range, so I’m excited to be able to present a different side of my musical personality to people who maybe don’t know what I do beyond a more straight up Techno music. For my closing set on Saturday I guess it’ll be more of my regular self, from the last year or so I think my approach as a DJ has changed a little, I think that my confidence to layer and bend things has increased and as a result I feel like I’ve stepped up my game a little. It’s a huge honour to close Freedom 2018, and I’m looking forward to it immensely.

To end add a word in front of each concept: (couldn’t do it, so I put a thought after)

TEXTURE: – is everything for me
EXPERIMENT: – sometimes the best ideas come from having no idea at all.
GROOVE: – without it, dance music is simply not danceable :)
COMPOSITION: – doesn’t just mean in a traditional musical sense, samples of rain falling can be composed as much as an orchestra can.
DEATH: is inevitable, so try to leave your mark in a positive and creative way.
MISSION: think about what you want to achieve, and plan how to get there
TECHNO: a pulse over which you inject anything (within reason!!)
OLDSCHOOL: A blueprint that is there to be broken
BEATPORT: use it, just ignore the fucking charts. Find what it is that defines you. Not someone else.
FORMAT: is irrelevant in 2018
SOUL: music or art without it is nothing
DRUGS: in moderation please.
LOVE: along with fear, the purest of emotions
FREEDOM: Life is too short for anything else 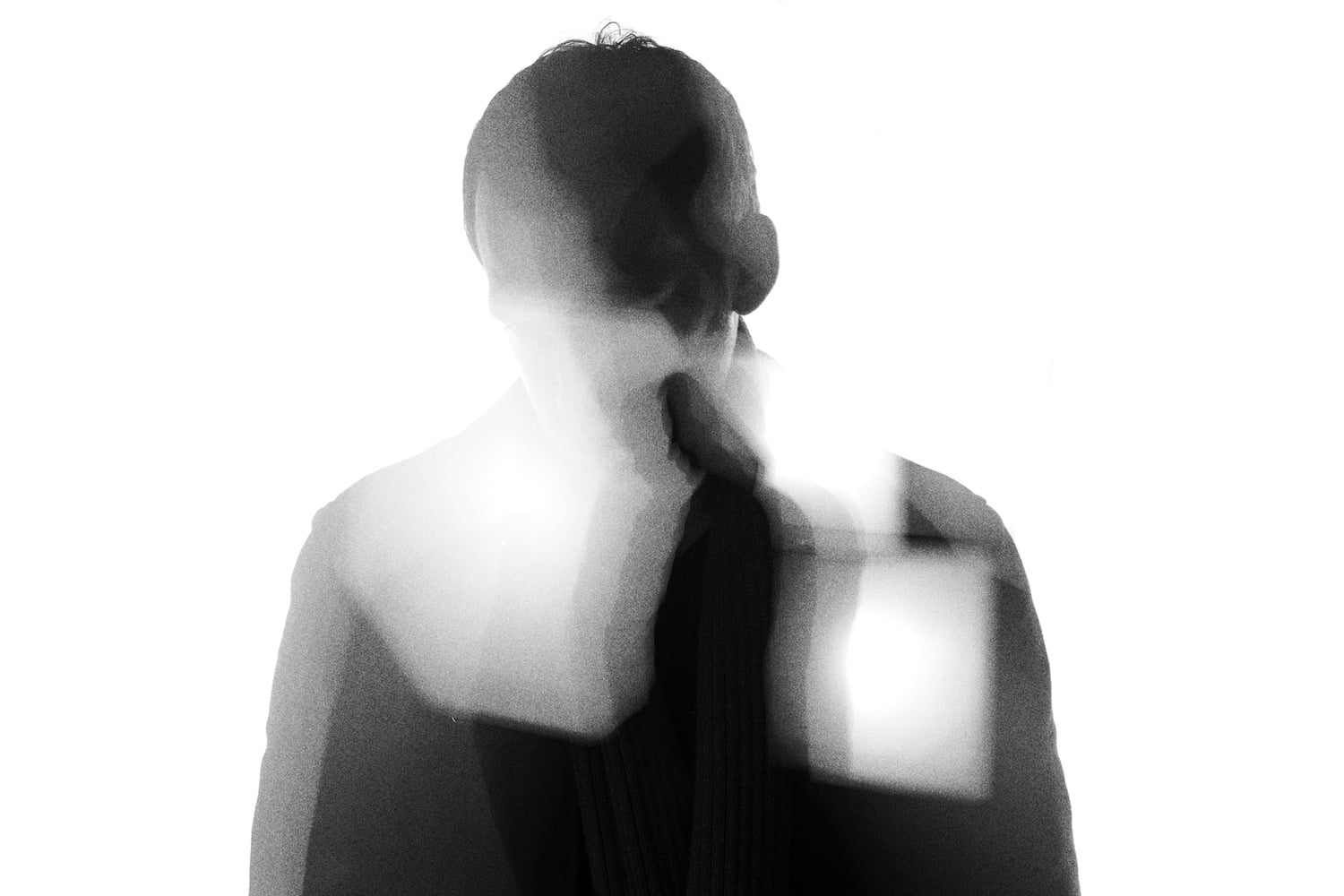