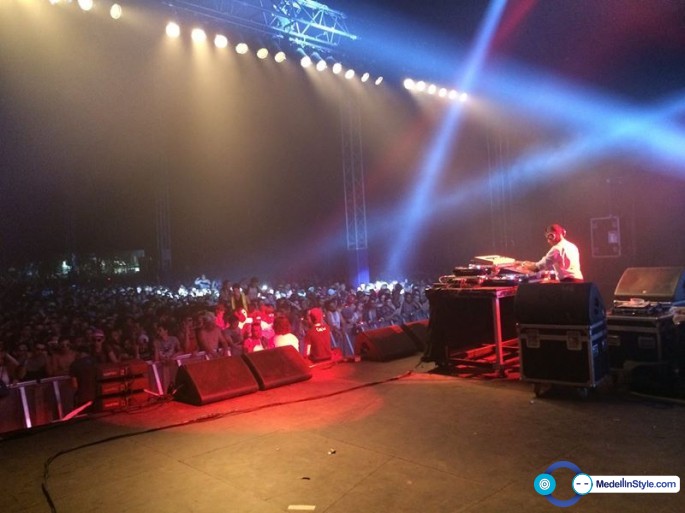 In regards of my post concerning the Dour Festival and Jeff Mills on Thursday night, I think I have to clarify things a bit.

Yes, I do think I am guilty of very poorly expressing myself. The last sentence “thank you all for that” was not at all meant to include the Idiot who was responsible for causing Jeff to walk off.
Of course not. Of course I would never want to capitalise on someone else’s misfortune. I see my post can be taken that way and I apologise for that.

I do respect Jeff very much, I always have and I always will be and again, I also respect his decision to quit playing, although I have to say, I have a different understanding when it comes to situations like these (please read my “further note” below). Saying that I have to mention that at the time I wrote the post, I didn’t know that he has a “history” with such incidents and even once made a public statement about it (thanks drumcell for filling me in on that).

But the “comment shitstorm” that resulted of my (again, poorly phrased) post is a very good example of people judging way to quickly a situation they haven’t most likely even witnessed themselves.

Here is what happened from my point of view:

My Tour Manager Daniel and I got to the festival site early due to less traffic on the way than expected. As we arrived at the stage, Jeff was about 20 min into his set twisting knobs and faders like only he can, while the crowd was going wild and enjoying it. I took this pic (above) and was just about to post it saying “the wizard Jeff Mills is doing his amazing thing and the crowd loves it” when suddenly the music stopped. First I thought it is a break, everyone was cheering. Then I saw how Jeff took a towel to wipe of something off the 909, I remember thinking to myself, that I hope it is not water dripping down from the tent. Then he slowly started packing his CDs and walked off. There was no sense of urgency or signs that anything bad happened. Everyone backstage was wondering what happened.

So the situation I suddenly found myself in was a tent full of people, no music and no one knowing what was going on, but me being the next DJ on the bill, not even having my setup ready.
So we realised I better hurry to get ready, before the people leave and the party is over. While setting up, a stage manager told us that apparently a beverage came flying on stage and that is why Jeff stopped playing. It took us about another 5 min to finish the setup and I wanted to make the best out of the situation by starting to play music as quickly as possible.
It turned out to be a great 2,5h gig and I found the crowd (of course except the one idiot) very up for it and I assume everyone had a good time. This is what I thanked everyone for. I did NOT mean to thank the person who threw the beverage, may it happened intentionally or unintentionally. Also I feel sorry for Jeff to have been in such a situation and I hope something like that will never happen again, anywhere ever! My post was basically only stating how I experienced the evening. Everything else is a misinterpretation, that, I do understand now, can happen due to my poor choice of words.

To all the haters out there (where were you hiding all these years?), I don’t think any of you were actually present at the festival, but you were all very quick to judge and comment a situation that you have not witnessed yourself. Also it seems to me you were just waiting for an opportunity to slag me off and you enjoyed doing so. Judging by your comments I assume you have to deal with a lot of bitterness and anger in your life. I wish the best for you and I hope you realise soon that instead of hating, there are much better things in life to focus on. Try Love and Compassion for example. I am totally ok with you not liking me or my music, there is an unlike button here if that is the case. You are welcome, no harmful feelings on my side.

I hope I could clear things up and I again apologise for my ambiguous post. (yes Dave Clarke & Claude Young? ;))

on the matter of things flying towards the stage: Firstly you never know if that happens intentionally or just out of a weird party situation. Secondly I think by walking away when someone throws something towards you while DJing (as long as no major harm is done), gives way too much power to that crazy idiot and doing so might even encourage more to behave stupidly in the future (once they know they have that power). On Festival stages like this it will never be possible to control everyones behaviour in a large crowd. Also I think you have to remember the large majority of innocent good people who just wanna have a good time as well as the DJ after you, who might not be ready to go…

Thanks for your time and I am happy for all your comments, always, even the insulting ones are somewhat entertaining