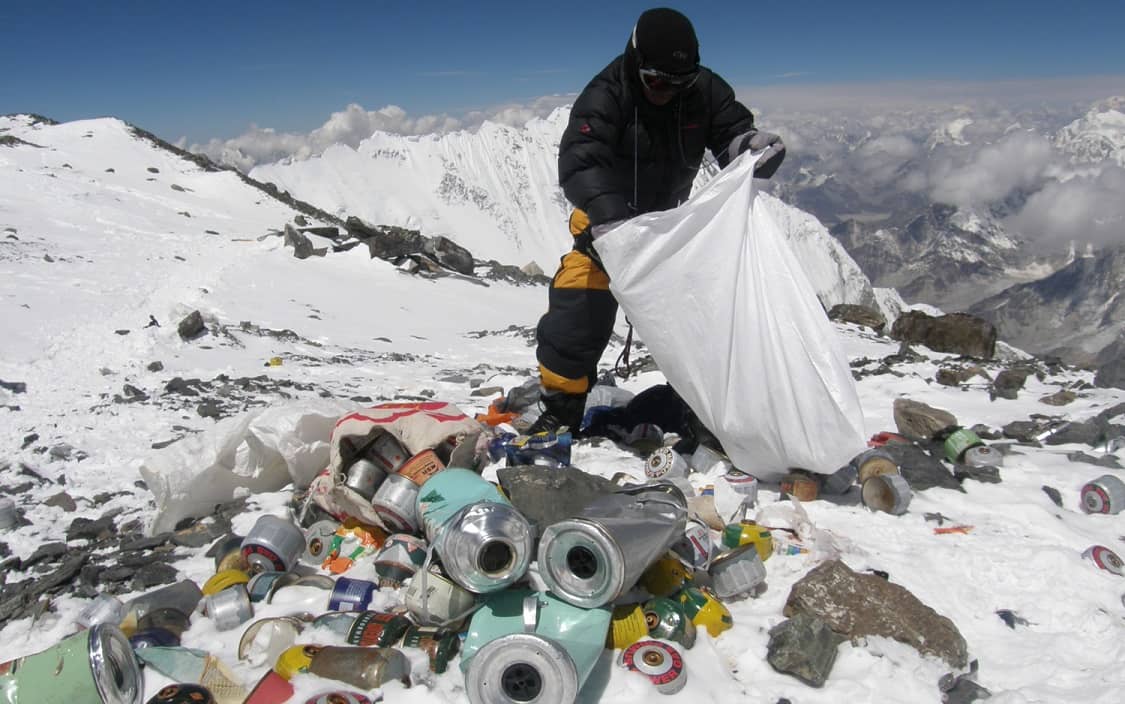 This picture taken on May 23, 2010 shows a Nepalese sherpa collecting garbage, left by climbers, at an altitude of 8,000 metres during the Everest clean-up expedition at Mount Everest. A group of 20 Nepalese climbers, including some top summiteers collected 1,800 kilograms of garbage in a high-risk expedition to clean up the world's highest peak. Led by seven-time summiteer Namgyal Sherpa, the team braved thin air and below freezing temperatures to clear around two tonnes of rubbish left behind by mountaineers, that included empty oxygen cylinders and corpses. Since 1953, there have been some 300 deaths on Everest. Many bodies have been brought down, but those above 8,000 metres have generally been left to the elements -- their bodies preserved by the freezing temperatures. The priority of the sherpas had been to clear rubbish just below the summit area, but coordinator Karki said large quantities of refuse was collected from 8,000 meters and below. AFP PHOTO/Namgyal SHERPA (Photo credit should read NAMGYAL SHERPA/AFP/Getty Images)
Contribuye·
Culture
·July 19, 2021·1 min read