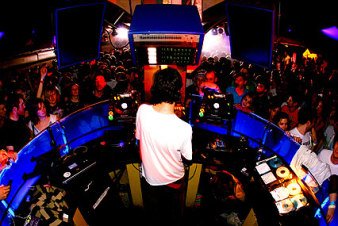 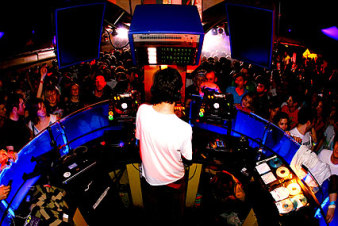 For the last few weeks the outside of The End has been headed with â€˜Goodbye Babyâ€™ on neon blue paint and Richie Hawtin, Loco Dice and Magda recently played their last-ever party at the venue which kept going till 11am the next day.

Youâ€™ve announced that The End & AKA are to close, after 13 years of parties. Can you explain a bit about the decision?

Layo – Itâ€™s partially a circumstantial decision, and partially a decision of choice. I started working on The End nearly two years before it opened – weâ€™re approaching our 13th birthday, so nearly fifteen years. And one of the great things about The End & AKA is that the same team has remained in essence – Liam has been the manager of the club since The End opened, likewise Ty who now manages AKA. There are other members of staff who have been here for ten or eleven years, and weâ€™ve got to the point where some of the key people are ready to move on. The End wonâ€™t feel the same if we arenâ€™t doing it together. This has never been solely a business, itâ€™s a labour of love, and a great part of the charm is the team, and running it with that team.

Zoe – We stopped and thought what The End meant to us around the 10th birthday â€“ we did a lot to celebrate, including putting together a biography of the club. And after that, we started thinking about how we wanted to move on from there.

An opportunity arose that made us think even more deeply about what we wanted for The End in the future. Not just for today and tomorrow, but for several years moving forward. We discussed with the people that make the club what it is behind the scenes whether we wanted to carry the club on, and whether we could all continue to be as engaged as we had been. It was inevitable that people would eventually want to move on, and the chance to do this was in front of us.

Layo – Sometimes you just have to choose the moment.