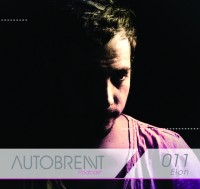 Elon is no stranger to New York’s contemporary techno scene. As an influential DJ, producer and nightlife visionary, Israeli-born Elon first made his mark in NYC as part of the EJC collective and resident DJ for the cutting edge Resolute crew. As a skilled producer Elon has amassed an impressive discography of original productions, charted EPs and remixes on notable labels such as Clink, Dumb-Unit and Made to Play and has collaborated on various international imprints such as Apparel Music, Auralism, Infant, Sleaze Records, Airdrop, Rrygular, Metroline, Infant and RetroMetro. As a DJ he is applauded for his seamless, fluid style and innovative musical selection, making him a refreshingly surprising and unpredictable artist. Elon currently resides in Berlin where he continues to produce music and play at various venues throughout Europe and beyond